The show is dedicated to Galerie Tanit in Beirut, which was destroyed during the Beirut blast.

Naila Kettaneh Kunigk and her Beirut team are determined to rebuild the gallery again and continue to work.

Our thoughts and good wishes are with them. 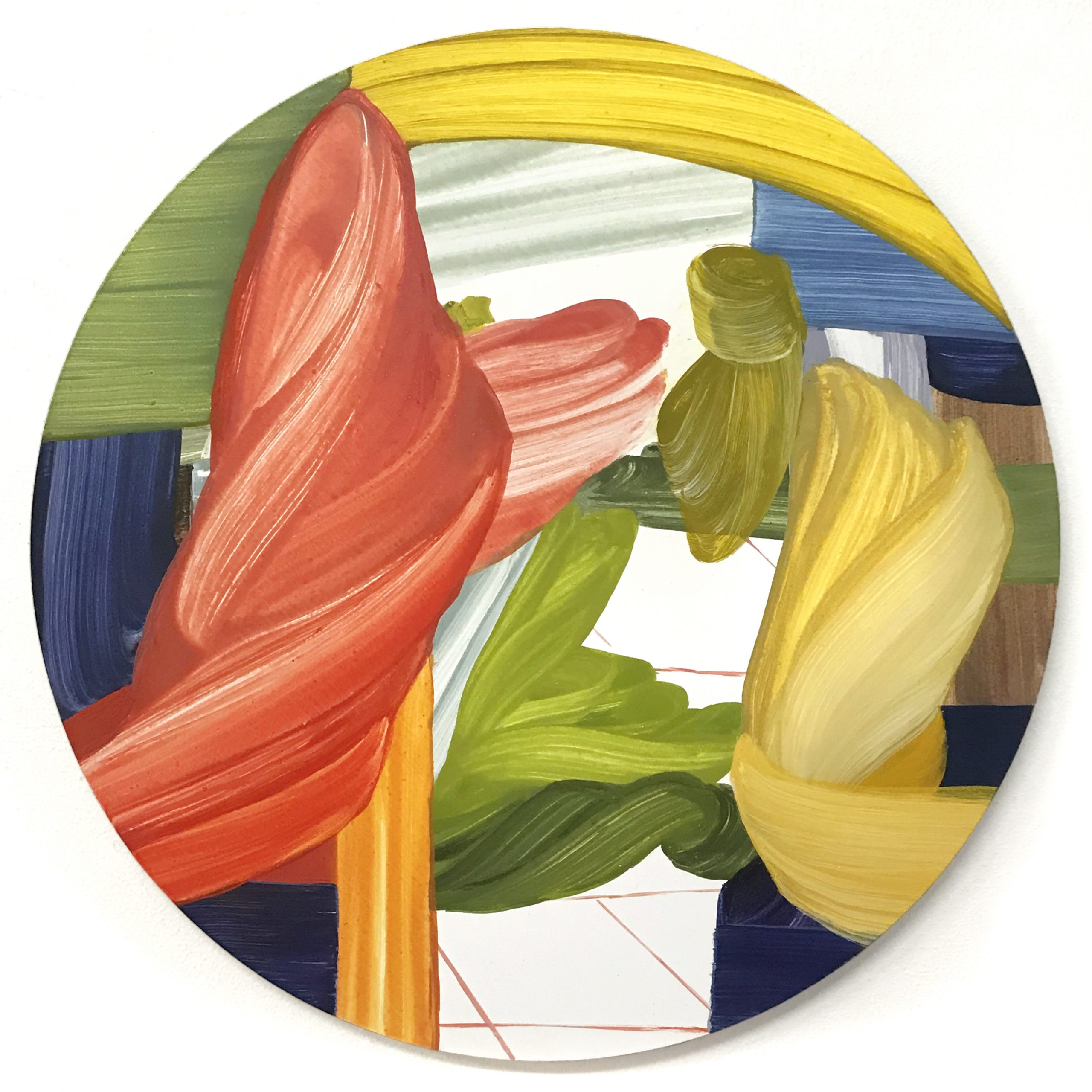 Moje Assefjah, You Will Rise Up Again, 2020, Egg Tempera on wood, 80 cm diameter

MOJE ASSEFJAH
A SPECTRUM IN COLOUR

“ When an artist creates, something within her/his persona is released, and directed into the surface that receives the productive action. Mediated and shaped by the tools of practice, and the medium that the artist works with, the artwork comes to life as an extension of the creative impulses, growing and expanding until new meanings are generated. Working in this spontaneous flow, Mojé Assefjah has been able to channel her artistic explorations into a distinctive visual vocabulary that celebrates organic forms.

In her works, graceful swirls and lithe forms modulate negative and positive spaces – that could be abstract illusions or landscapes of reality. The seemingly dynamic drapes and ribbons of color enclose vistas and windows to new worlds if one looks in between.  For Moje, the act of painting appears as a state of mind that allows the abundant flow of various elements, both physical and metaphysical, into visual, perceivable form. The quietly blended colors and textures, the conscious and unconscious patterns, spatial formations, and linear constructions serve to develop a dominant mood in a painting that frames the manner in which it is experienced. Several entry points are produced that invite the audience into deeper emotive engagement, individually or collectively.

A cultural sensitivity to her native roots and an osmotic understanding of her contemporary world have inspired Moje on her journey as an artist. It has resulted in a language growing out of a subtly integrated patterning of the representational and the abstract, together. The trajectories of expression touch upon subliminal meanings that are generated with the imagery. The eye, the body, and then mind, is led into the tangible experience of the artist, connecting to the moment of her application of the pigment – sharing her gestures as her probable movements traverse the surface.  Each work, with scales ranging from small to enormous, plays out a painterly act of concealment and revelation through the layering of colors and the remarkable divisions of space, the picture planes alive with colors that are vibrant and free. The colors and forms engender a poetic understanding, almost symbolizing musical harmony in their picturization. An energy envelopes the organic forms as they merge, intertwine, and separate under the artist’s hand, taking the viewer into a journey of mindscapes.

Moje’s style is continually evolving and strengthening, responding to landmarks in her personal journey. She has the ability to create new and fictional worlds from those that are already existing, constantly uniting fragmentation with solidity, and connecting the physical with metaphysical pathways.” 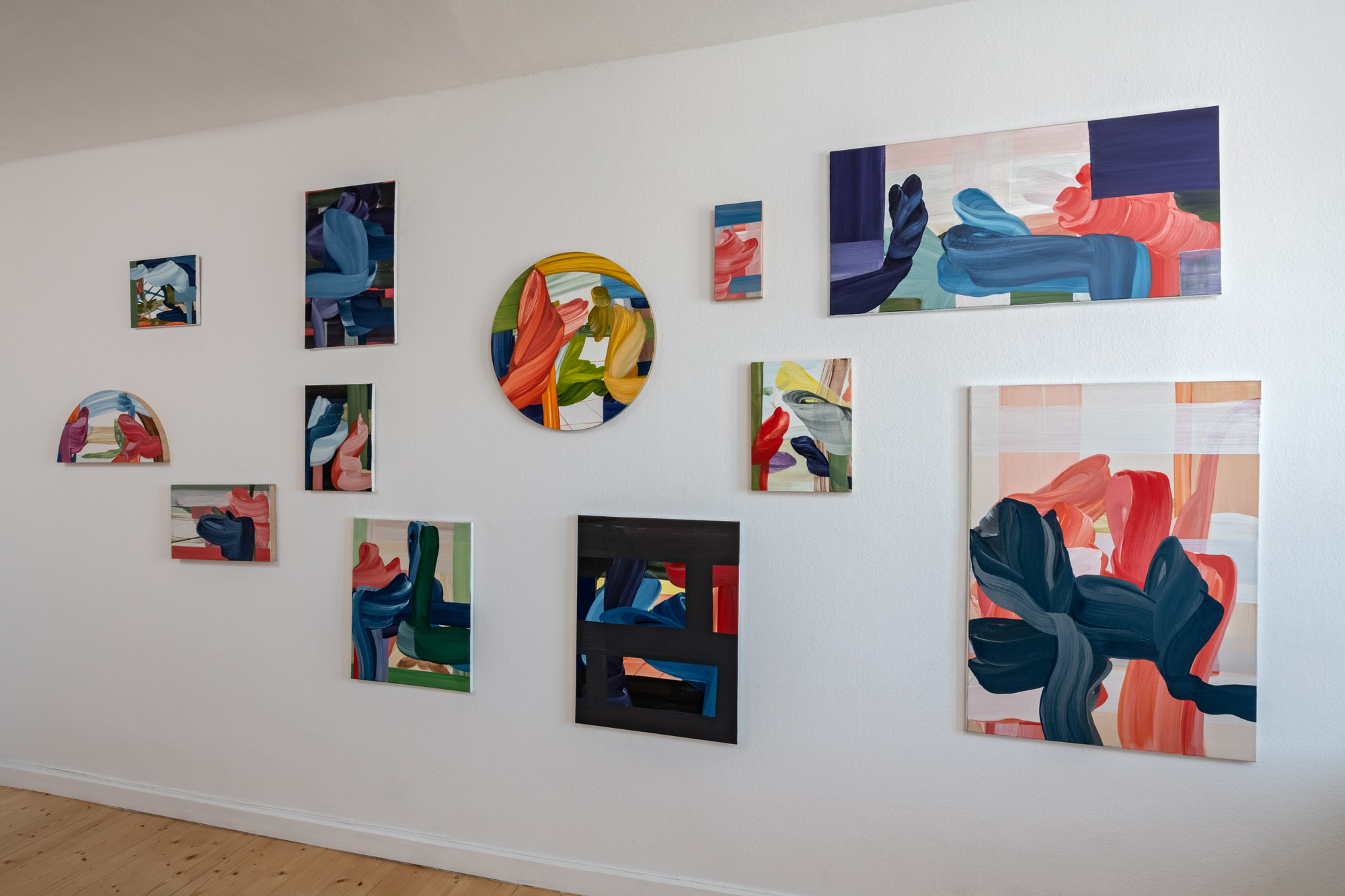 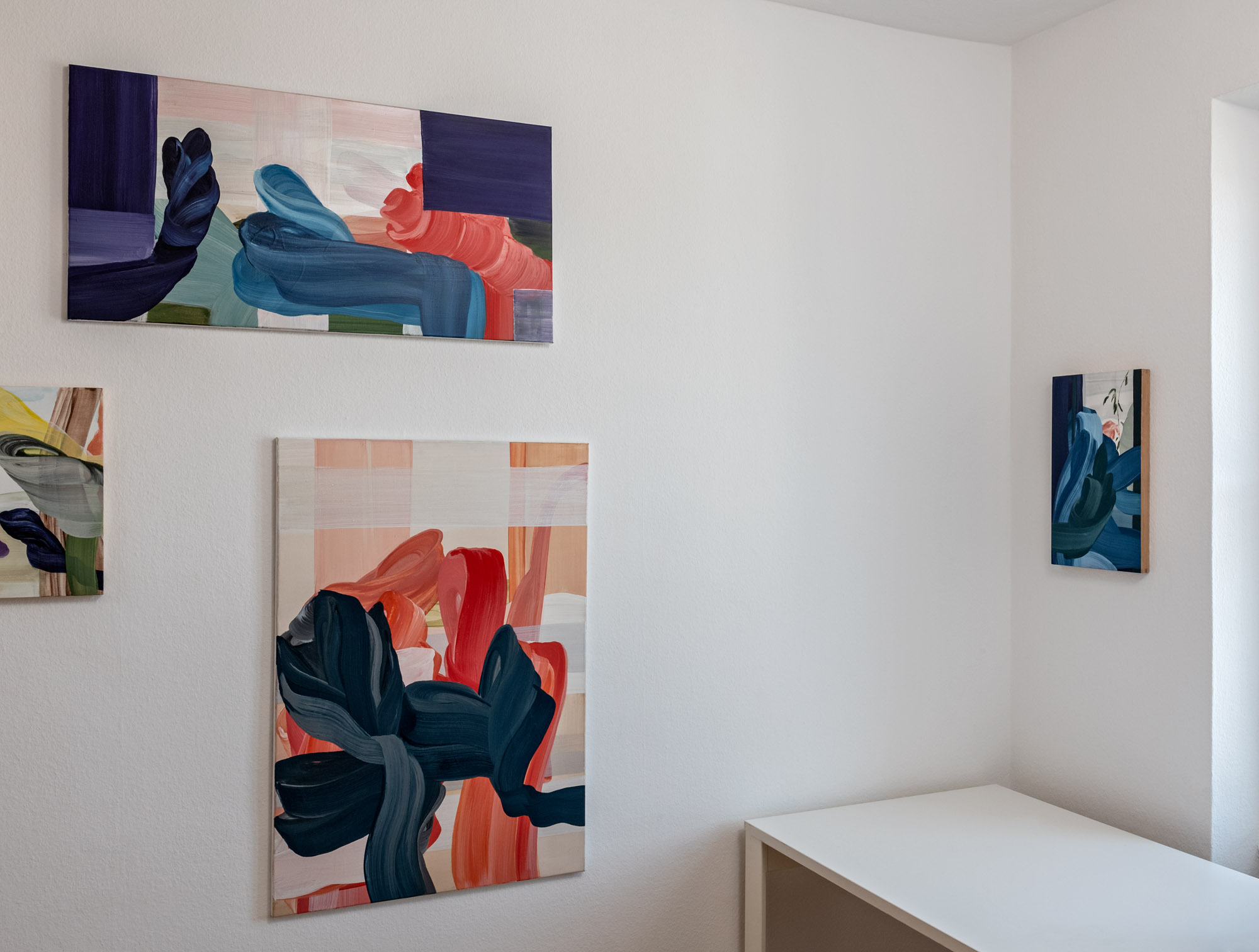 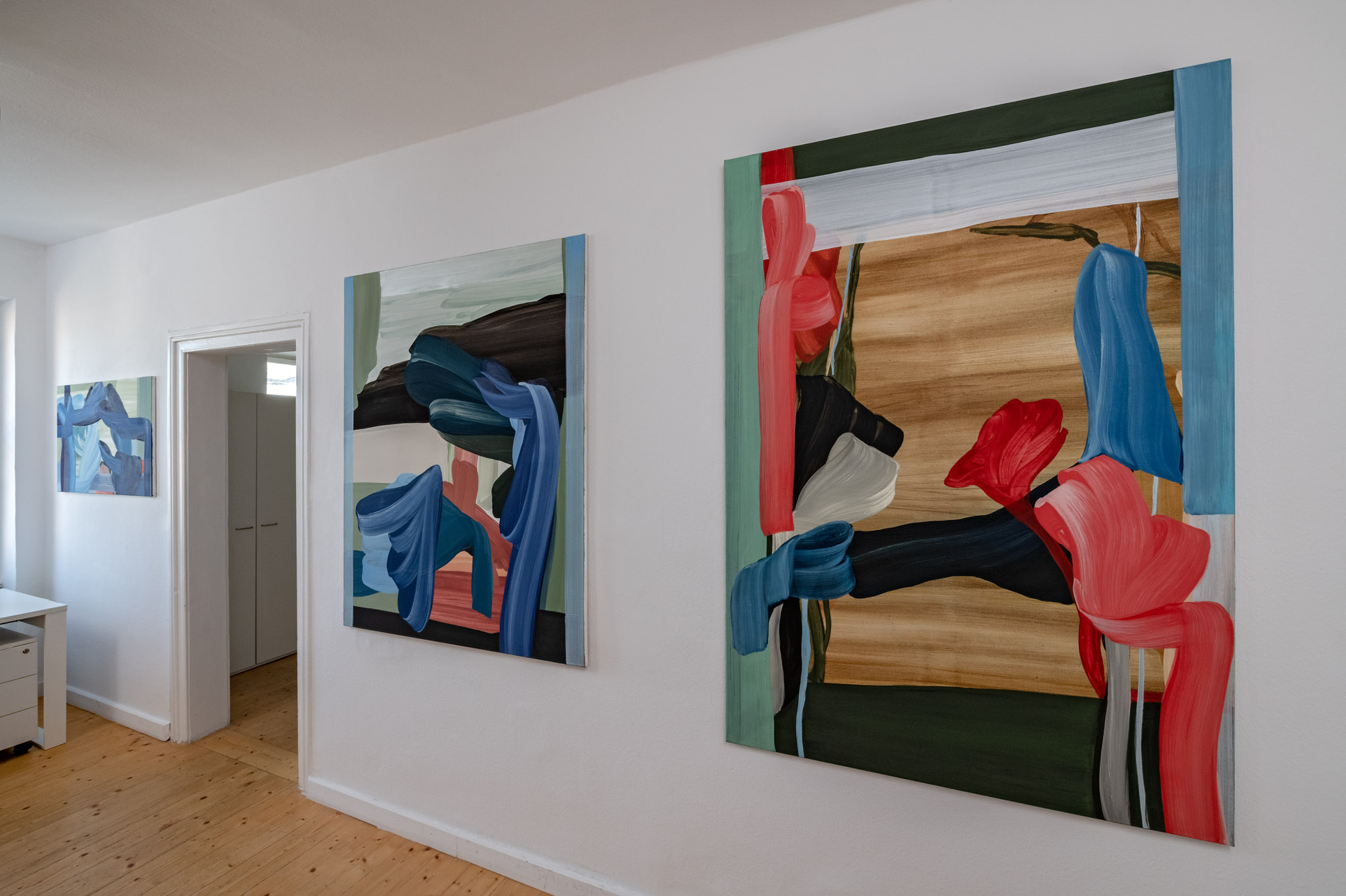 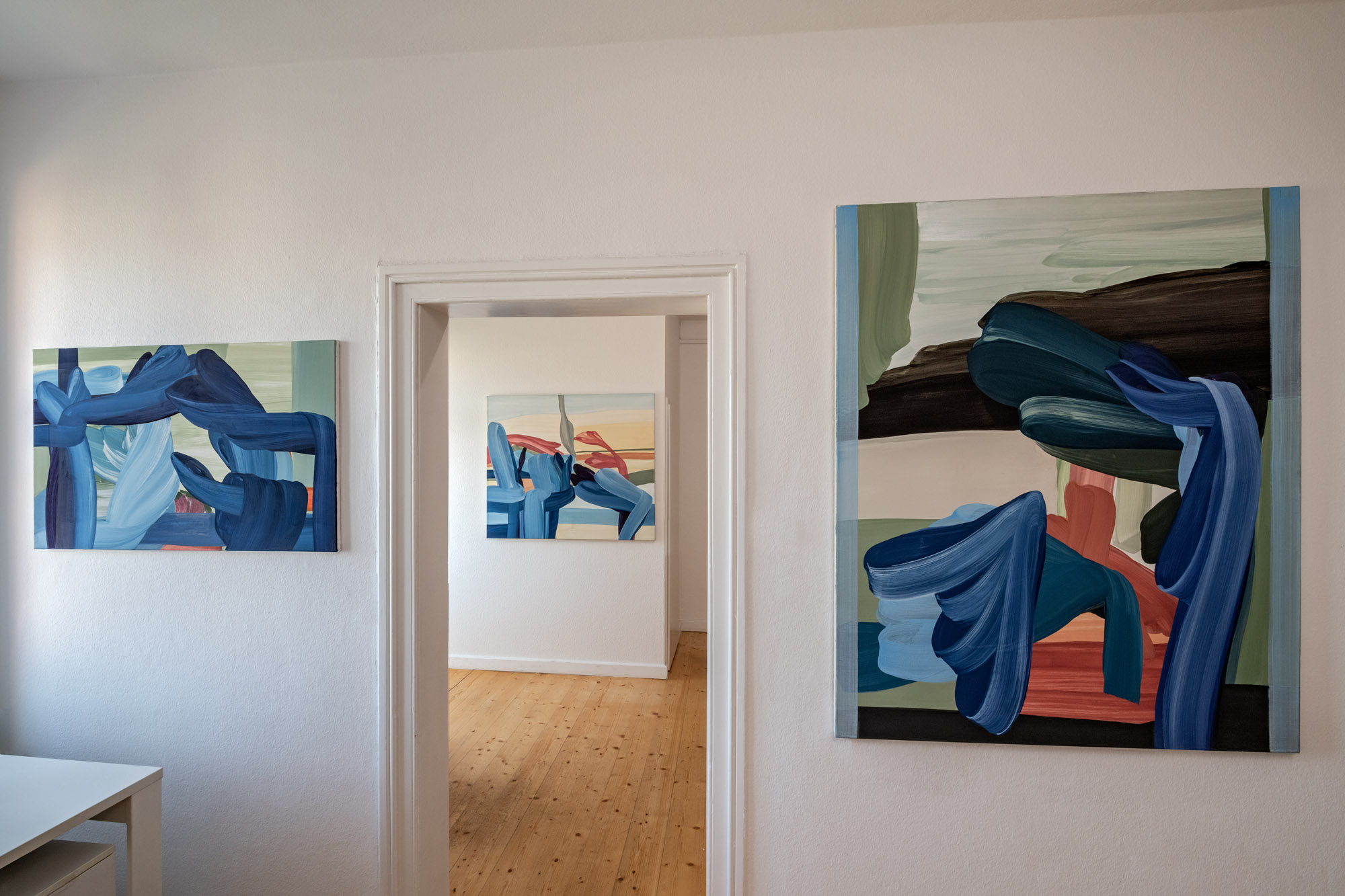 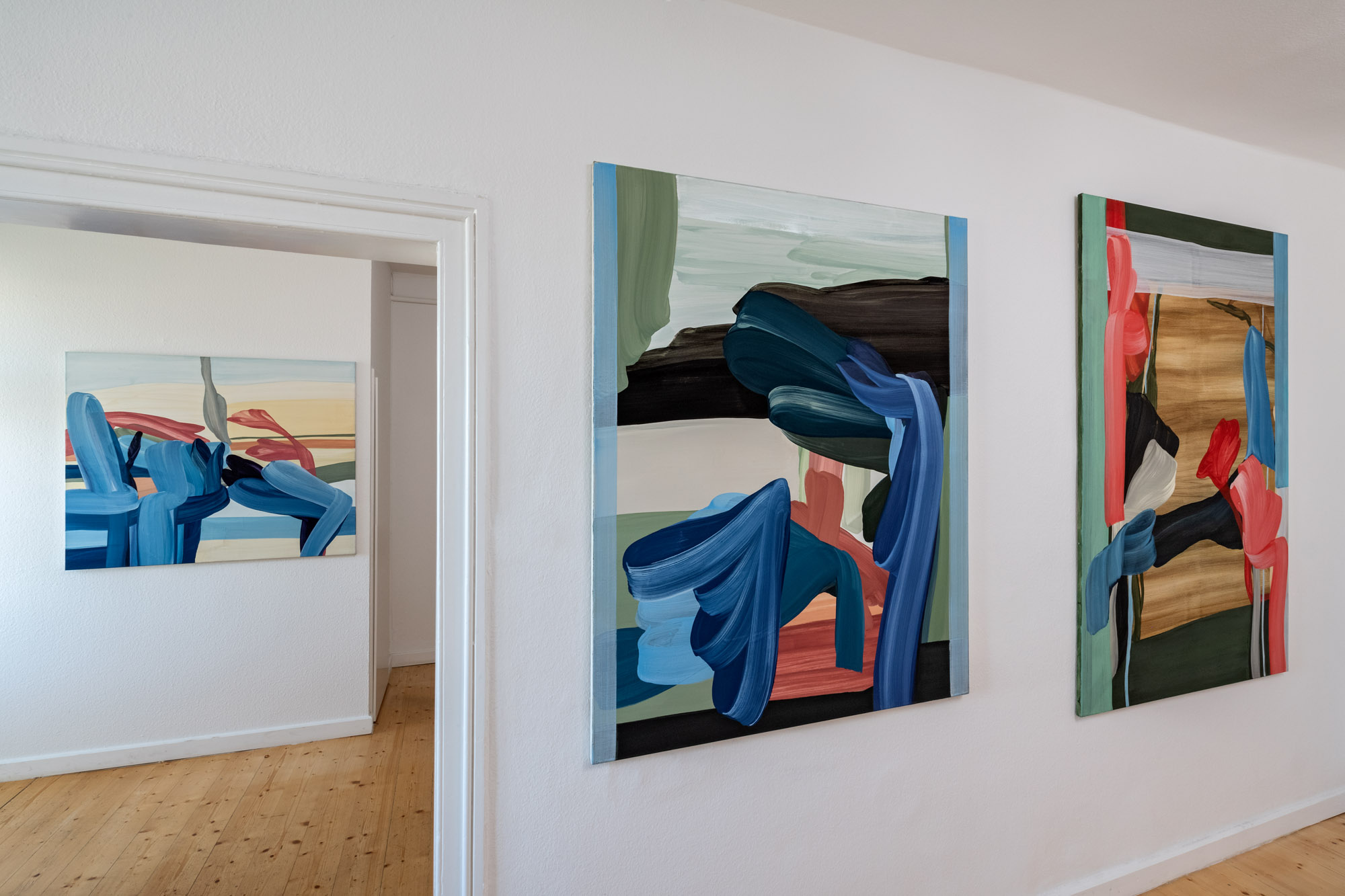 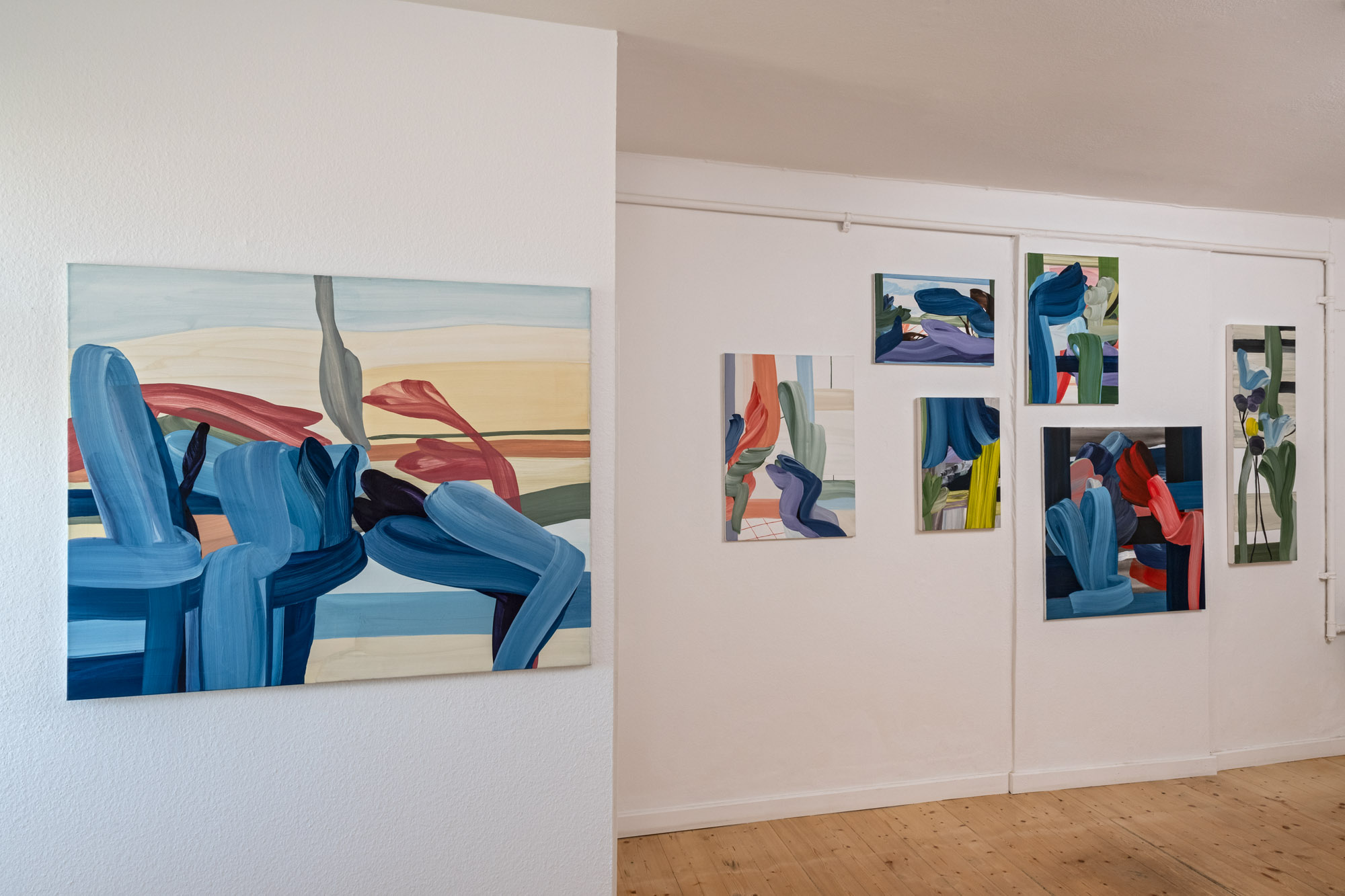 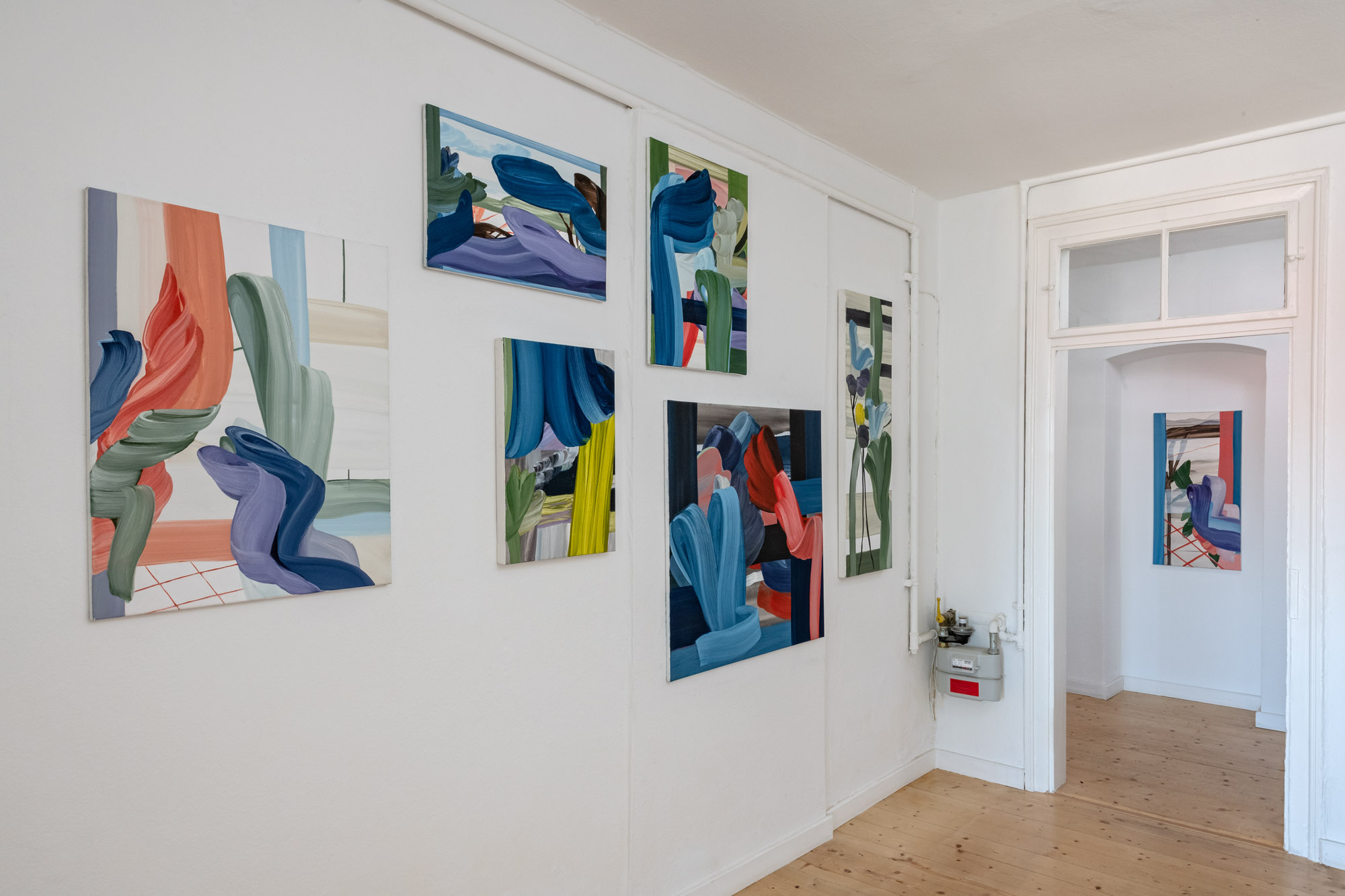 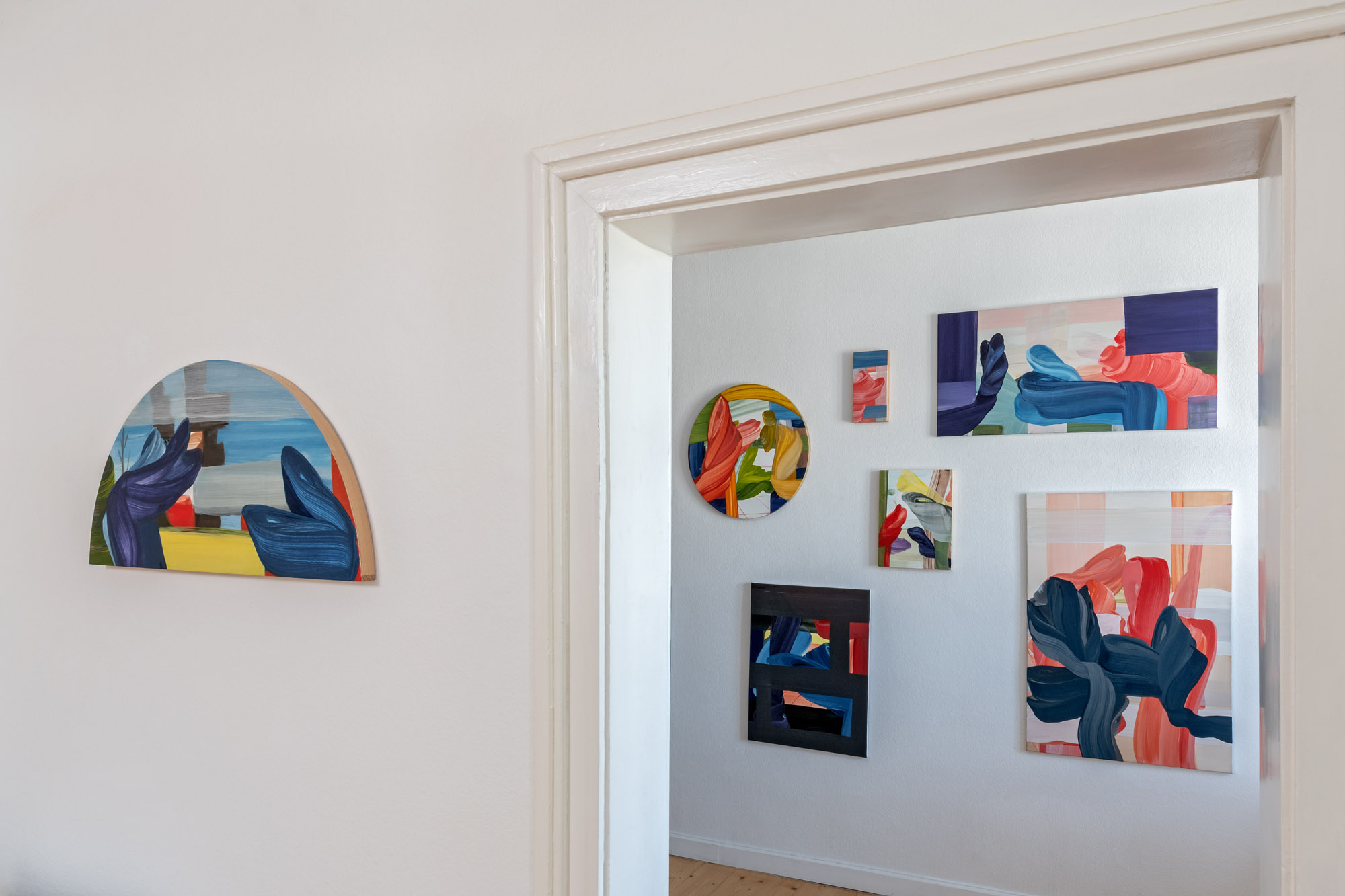