The Other Day
Sonja Braas

Central to Braas’s work is the artist’s self-described interest in “the genesis of perception, its causes and consequences, particularly in the definition of self and Other.” She is interested in subtle changes of perception, whether naturally or artificially induced, and, most importantly, in the role that images, and particularly photographs, play. Few artists have been able to capture landscapes with the same elegance, force, precision, and sense of abandonment and create astounding reproductions of untamable, unpredictable, and, therefore, unknowable nature. Braas sees with the eye of a photographer, a sculptor, a painter, an architect, a philosopher.” 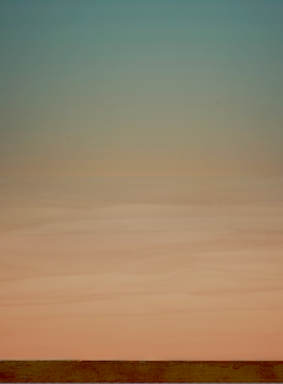 The images of the series “The Other Day” (2021) appear to invite the sentimental gaze we have reserved for looking at nature.

We live in an age of fear as a culturally conditioned habit – the tendency to consider practically all phenomena from a perspective of fear. Dangers appear to threaten us everywhere: in dark streets and inside our homes, with strangers and with those closest to us, in nature as well as in technology, inside our bodies as well as in external forces and through the unknown. There no longer seems to be anything that is really secure. In fear we are met by something outside ourselves, and what we meet is a negation of what we want. A paradoxical trait of the culture of fear is that constant exposure to headlines proclaiming the dangers of modern life, ranging from crime to natural disasters, terrorism to disease and accidents, increases individuals’ concern over risks, even as the actual danger has fallen. All statistics indicate that at least in the developed world we are living in the most secure societies that have ever existed, where the dangers are fewer and our chance of dealing with them greater than ever before. A highly protected life allows us the time to fear all the potential dangers that may strike us. We fear the important things in life being destroyed or taken away from us, such as our freedom, dignity, health, social status and – taken to its extreme – our lives. We fear not only for ourselves but also for others.

The series “An Abundance of Caution” (2013 – 2018) deals with this colonization of our lives by fear and the resulting sense of impending doom, the low-intensity fear that surrounds us, shapes our space of action and forms a backdrop of our experiences and interpretations.

The images suggest danger to various degrees; at times the danger is implied merely within the context of the other pieces or exists solely in the viewer’s perception, based on the individual experiences. Containers, a pool, a hut or clothing are mundane objects that only become threatening when perceived in the context of visual memories provided by sources such as TV, social media or movies. Depending on the kind and level of visual exposure the pool might stand for accident, death or even murder; the hut might become a hideout, the suits an apocalypse and the containers a symbol for terrorisms or the perceived uncontrolled influx of the “Other”. Or they remain the objects that are depicted.

The images of the series “The Other Day” (2021) appear to invite the sentimental gaze we have reserved for looking at nature. It is a view born from our comfortable melancholy about the changes nature is undergoing and the nostalgia for better times past. We mourn the loss of our romantic ideals– from sublime, untouched and awe-inspiring nature to the peaceful scenes of pastoral landscapes still celebrating the dominion of mankind over nature.

In the Anthropocene, the epoch in which humans are the primary cause of planetary change, nature void of human impact no longer exists. We are creating both spectacular catastrophes and mundane, ongoing ecological damage, that culminates over time in extreme change. The promise of escapist exits from our lives vanishes, an escape from ourselves, the flight from culture to nature as the “Other” is no longer an option; wherever we go we are already there.

Conspicuous signs of manufacturing are apparent in the images of the series The Other Day – the light that creates uninhabited film sets from mundane suburban landscapes, a detail of a table that holds a desert, the backdrop that is the birch forest’s horizon, or wires that grow off branches carrying brightly colored berries. These disallow nostalgia and acknowledge the anthropogenic origin of the scenes seen. Braas does not create dystopian images though for this series, but gentle, beautiful ones. The disturbance arises from the thorn of dealing with the discovery of human interference, from being asked not to look away.

Both series consist of images taken of existing landscapes as well as of sets Sonja Braas built to create a reduction of narrative details and thus a level of abstraction in the images that allows for either reading and a going back and forth between both perceptions. 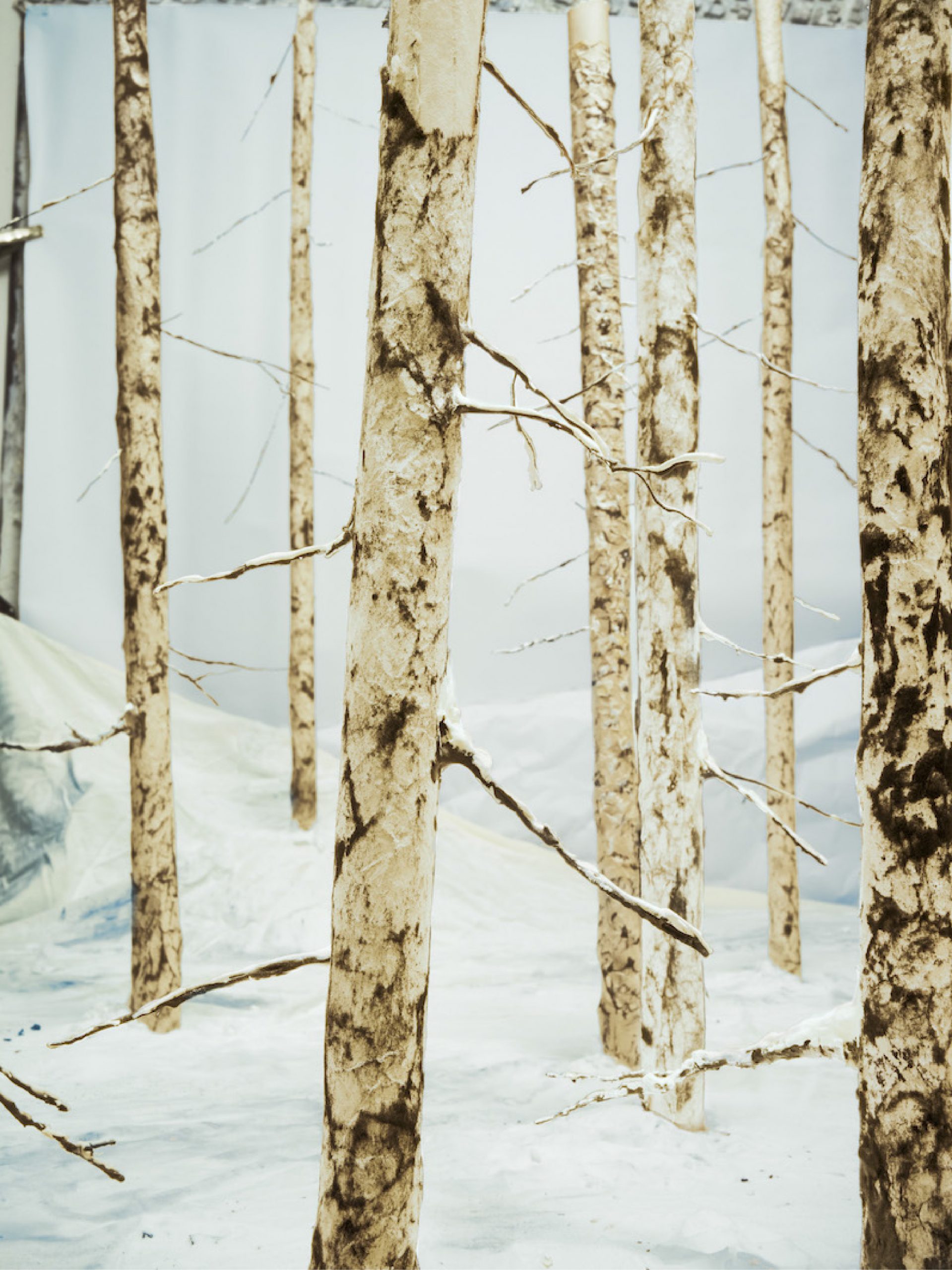 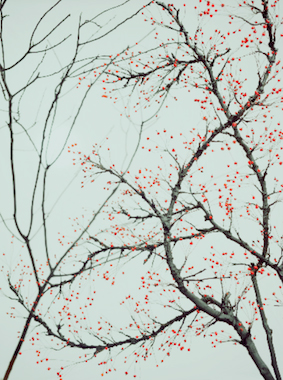 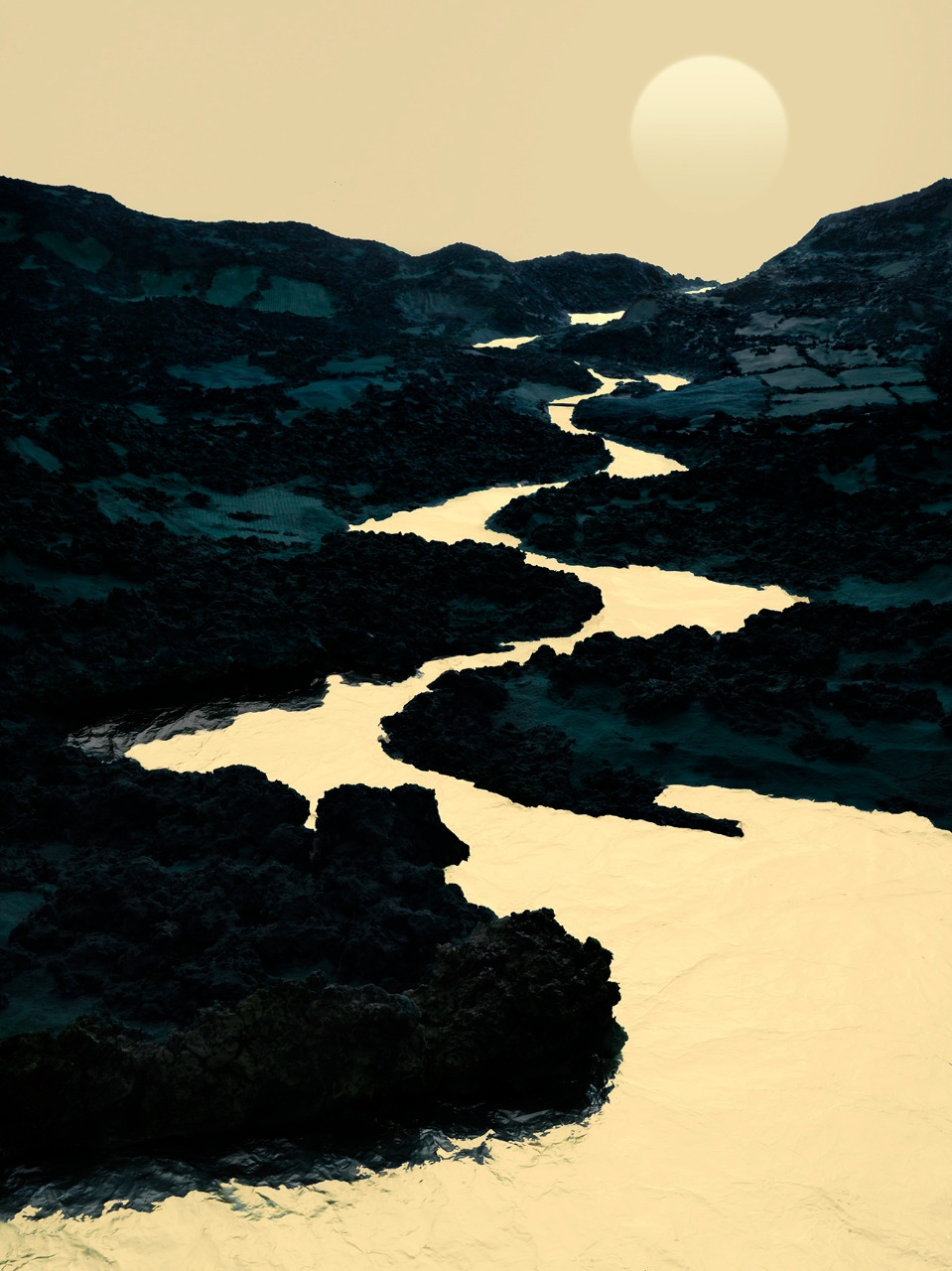