Galerie Tanit is celebrating fifteen years in Beirut with a group exhibition titled Crossed Perspectives. The unique exhibition format is the result of a survey sent to the gallery’s roster of artists, asking them which artistic, literary, or filmic works shown in Lebanon marked or transformed their practice over the past fifteen years. The survey was based on philosopher Alain Badiou’s idea of the artwork as an event. The event, Badiou explains, exerts a form of violence upon those who experience or suffer it (Badiou, Being and Event, 1988). This violent irruption is also an eruption, a breach in the daily life of the subject who undergoes its experience, and for whom nothing will ever be the same (Lecercle, 2005).

In total, fifteen works were chosen by the gallery’s artists, Naila Kettaneh, and myself as guest curator. This allowed us, on the one hand, to outline a map of cultural life in the city; but also, to reminisce about past events and places in the city. Hence artists’ lives are revealed, marked by encounters and friendships, such as the relationship between Gilbert Hage and Jalal Toufic that has resulted in several projects. The mapping of cultural life revealed ongoing discussions between artists, such as Nesrine Khodr and Nadim Asfar’s exchange around the notion of imprint, of images sculpted by time; as well as an ongoing dialogue between the photographers Gregory Buchakjian and Fouad ElKoury. The selection revealed recurring themes such as war, apparent in “Toufican Ruins” by Gilbert Hage and “Underwriting Mathaf” by Lamia Joreige. Other important themes such as landscape and nature emerged through works by Daniele Genadry, Abed El Kadiri, Charbel Samuel Aoun, Nadim Asfar, and Etel Adnan, unveiling mystical mountains, invading trees, and the ever-so distinctive light of the Mediterranean. Naila Kettaneh and Ghassan Zard highlighted Joana Hadjithomas and Khalil Joreige’s work through their selections: ‘A Letter Can Always Reach its Destination’ about internet scams and the conditions of belief; and ‘Scenarios for a Space Museum’, four bas-reliefs created for an unfinished space museum and exhibited at the Tripoli fair in 2018. These works interrogate personal practices and obsessions with latency, imaginary constructions, utopia, poetry, and politics. Jalal Toufic also haunts this selection, a word purposefully chosen to define the importance of his writings, as a “mortal thinker” he writes about the ghosts and zombies of Beirut.

The crossing and intersecting of perspectives begin to uncover the living memory of a city and the constellation of a creative world, through which we gain access to intimate exchanges, solidarities, as well as rhizomes of inspiration. 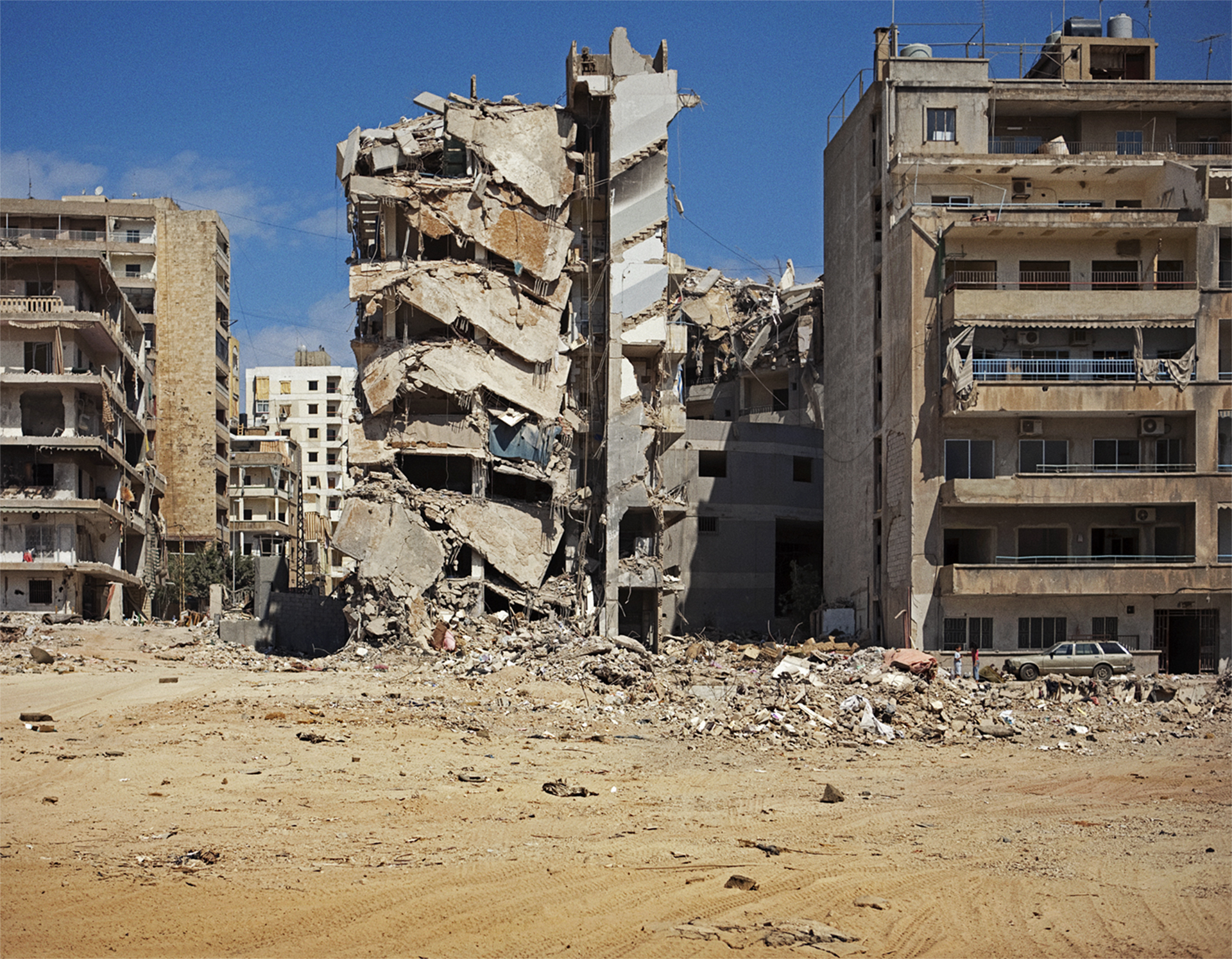 " Which work would we remember as a time marker ? "

Screening program during the exhibition period: 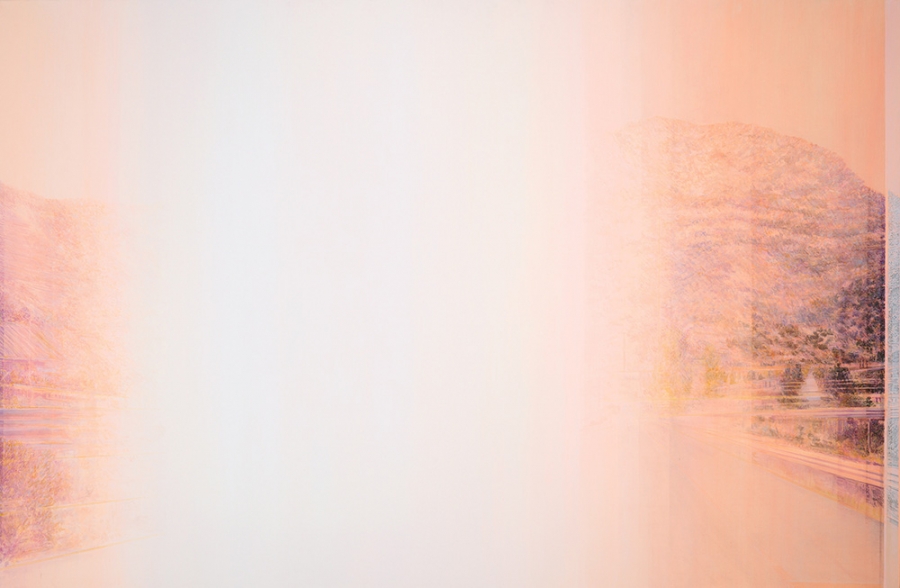 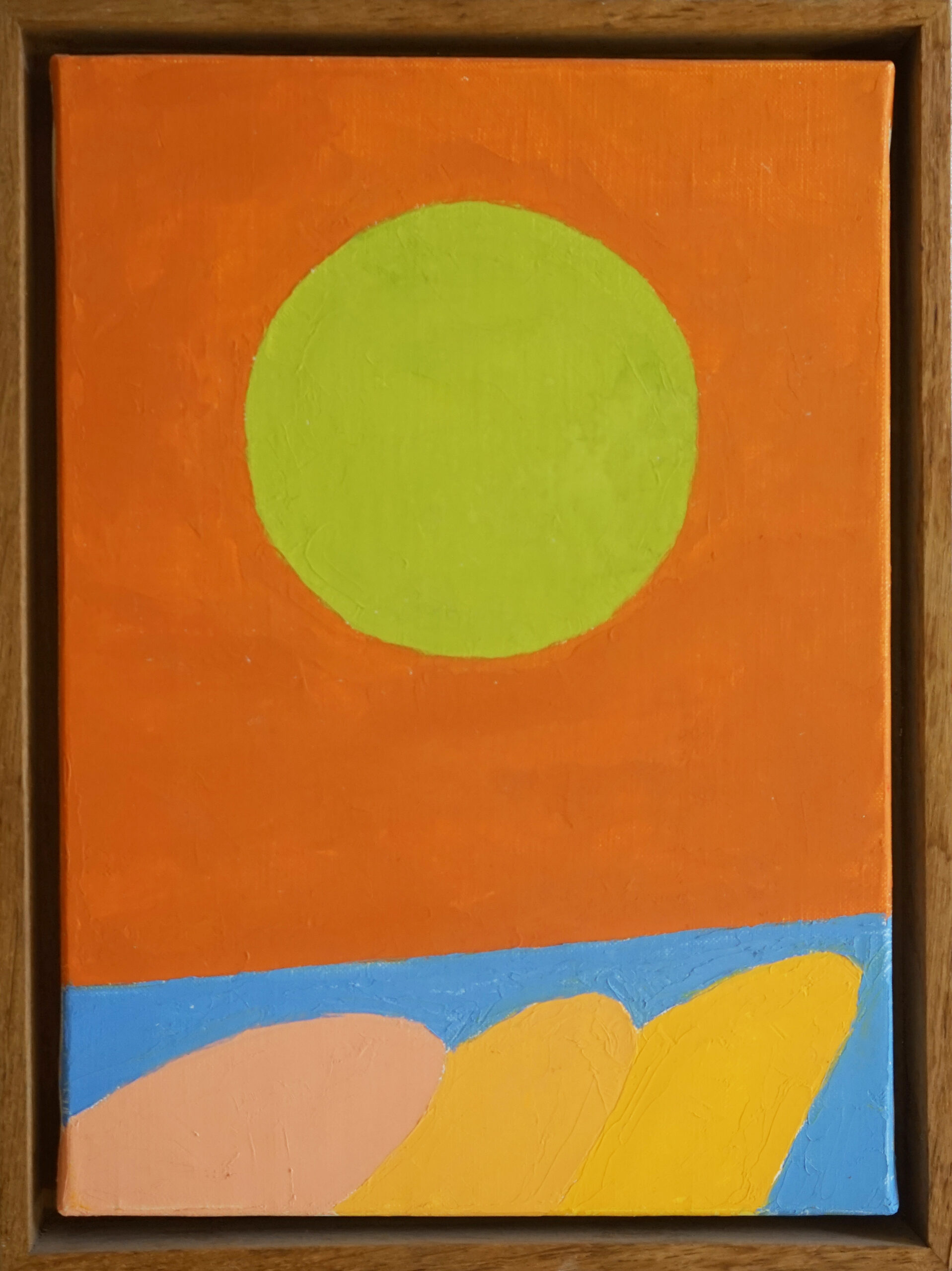 Gregory Buchakjian
Hercules and Omphale
2021
25 prints of details of "Hercules and Omphale" by Artemisia Gentileschi, painted c. 1636, located at the Sursock Palace, Beirut and damaged during the blast on August 4th, 2020.
Variable Dimensions
Edition 1 of 5 + 2 AP 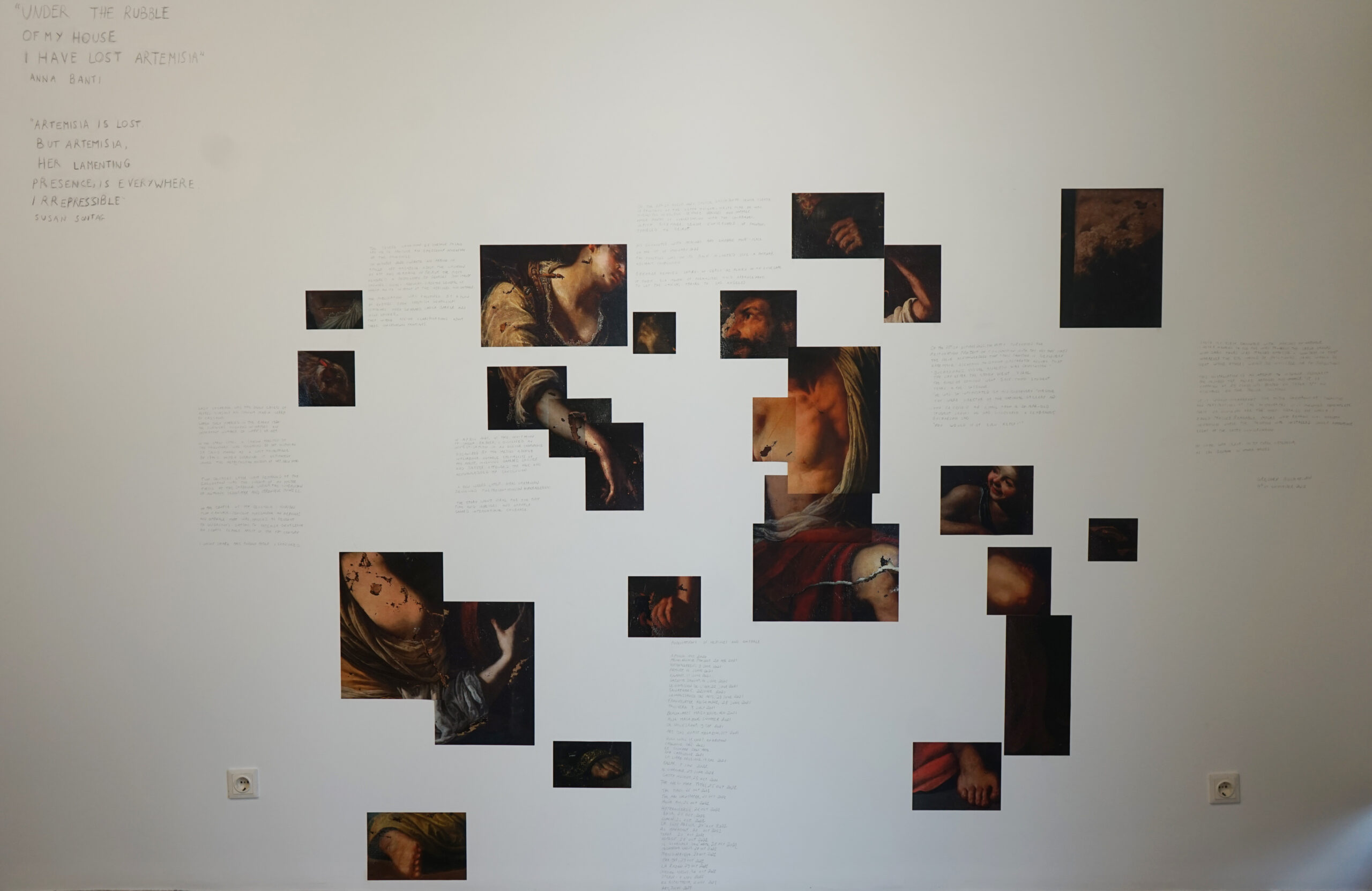 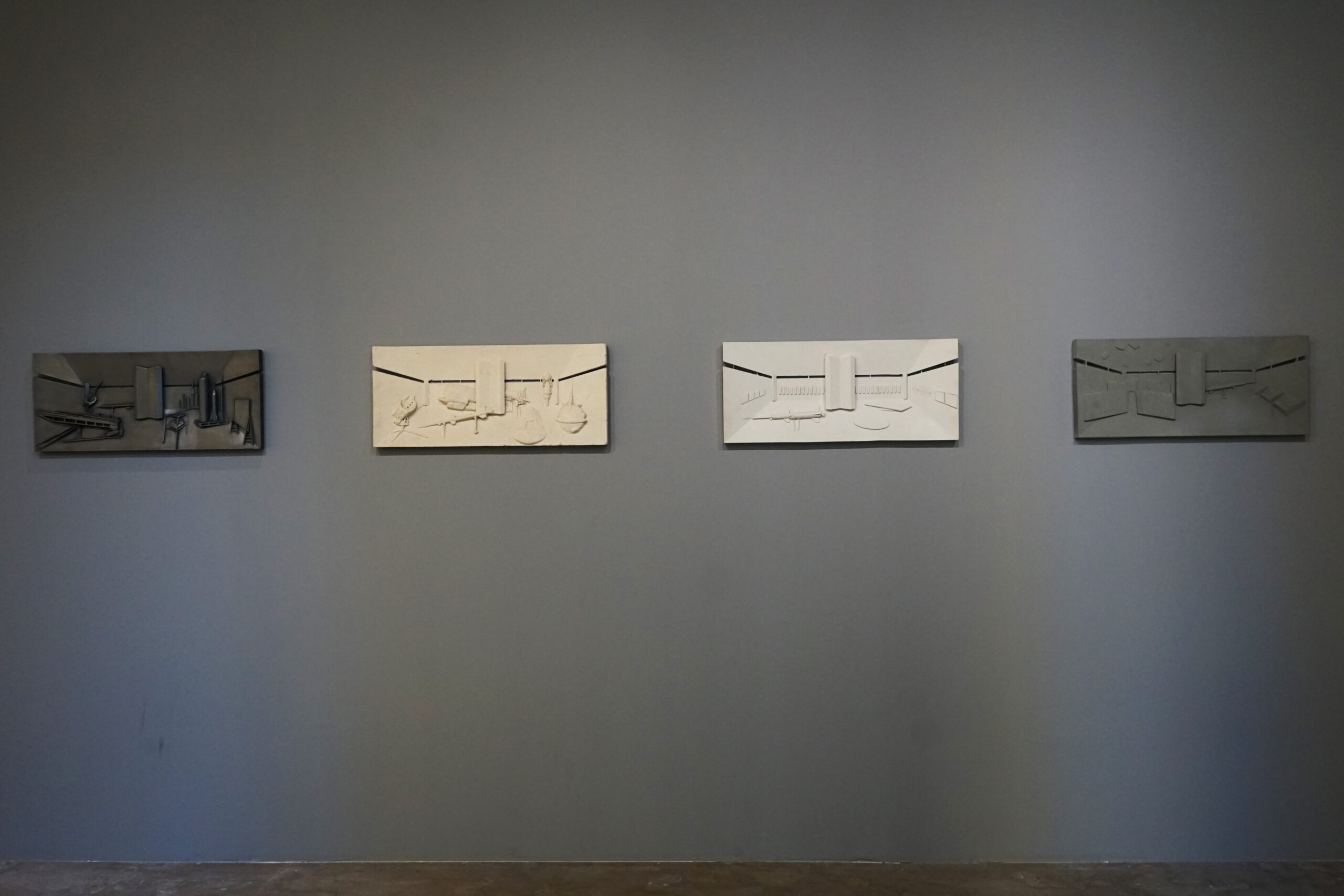 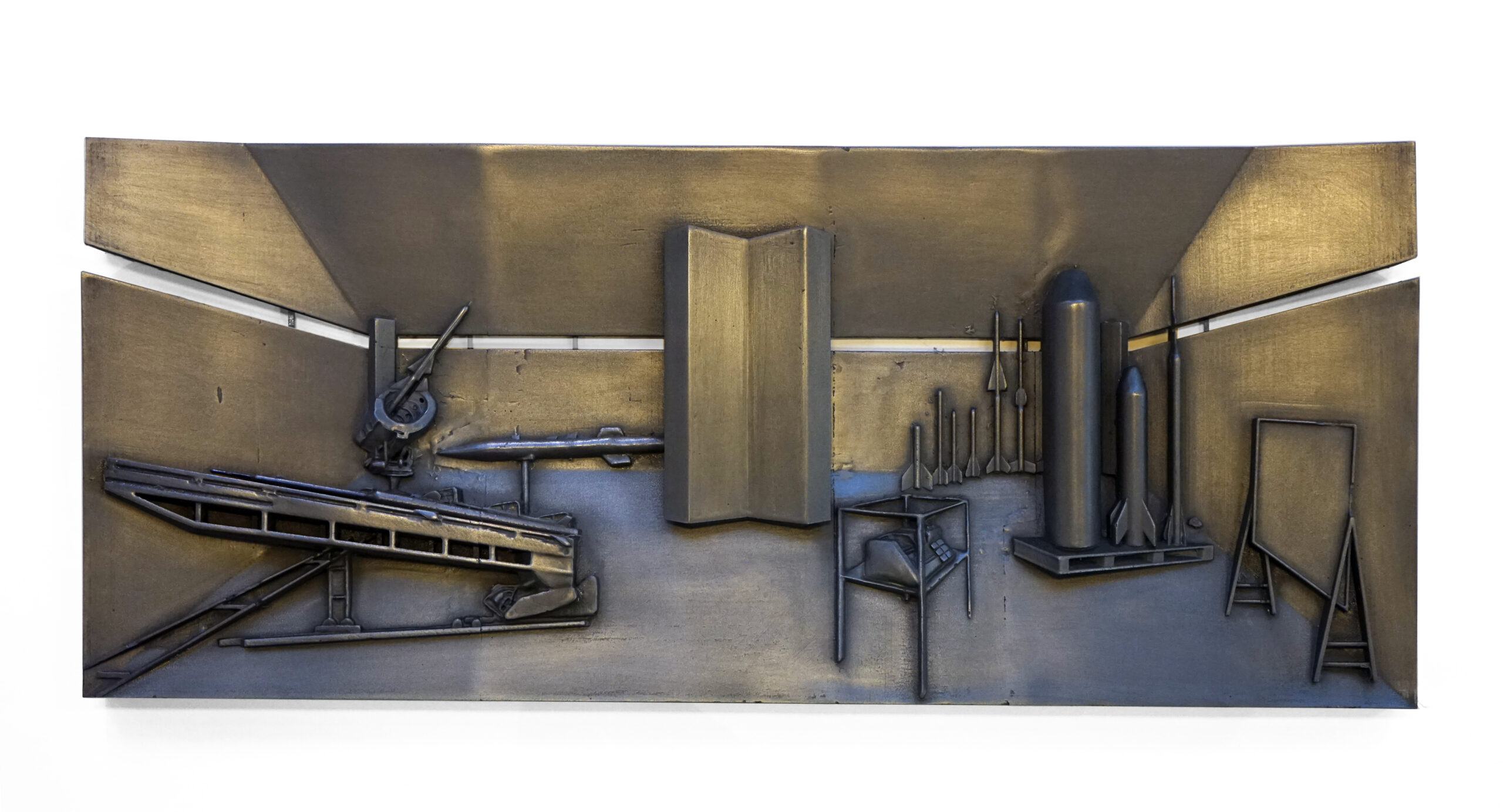 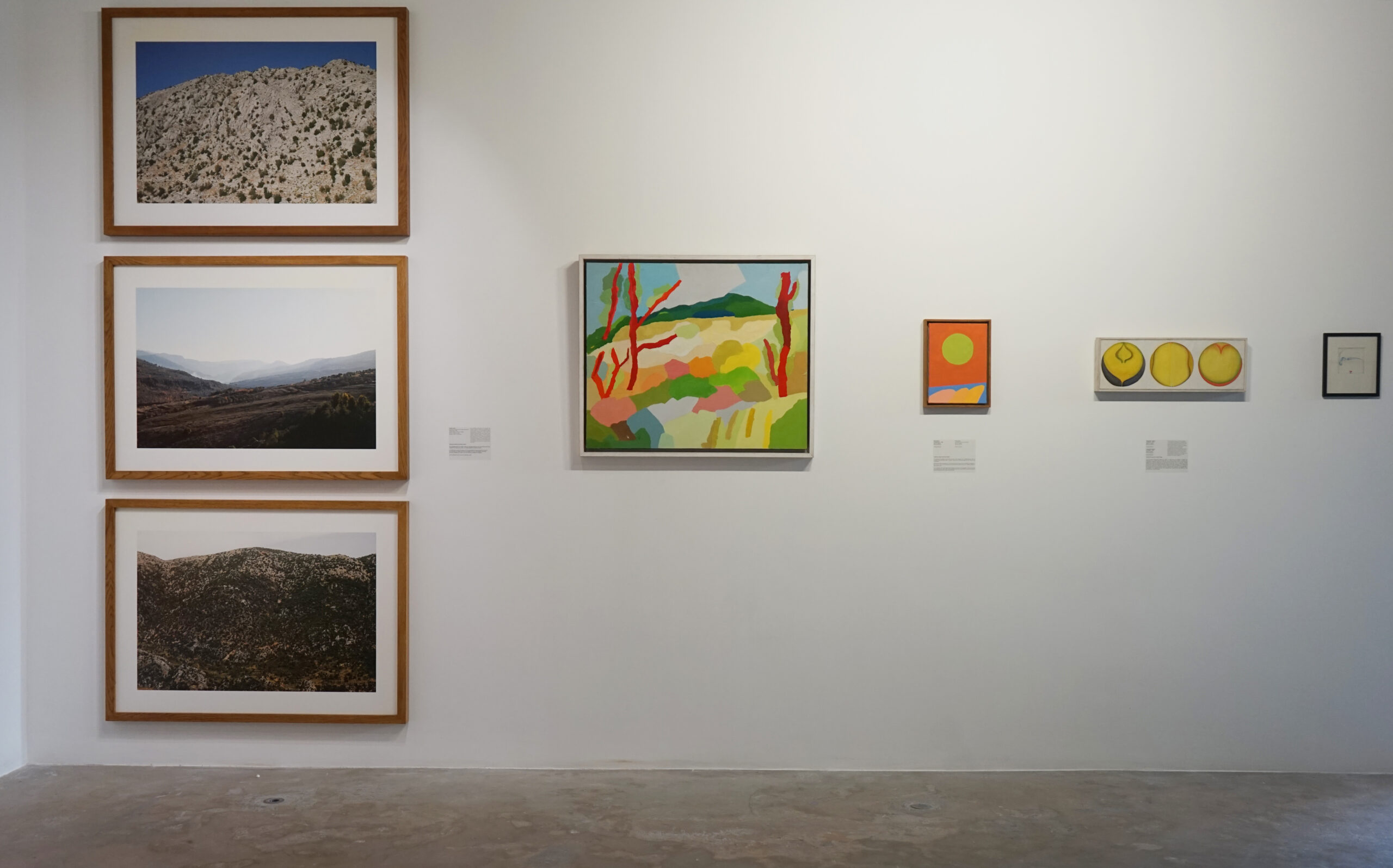 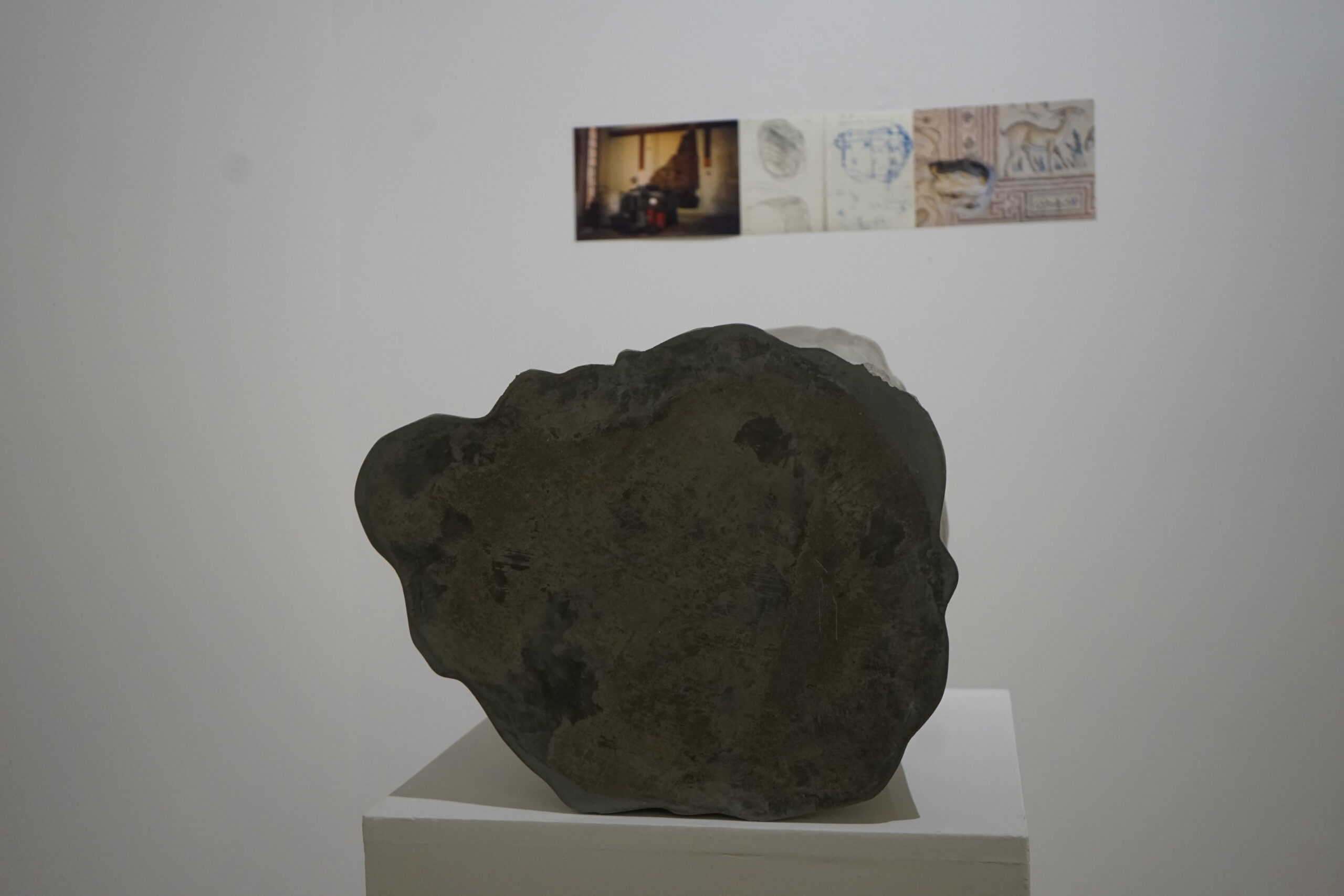 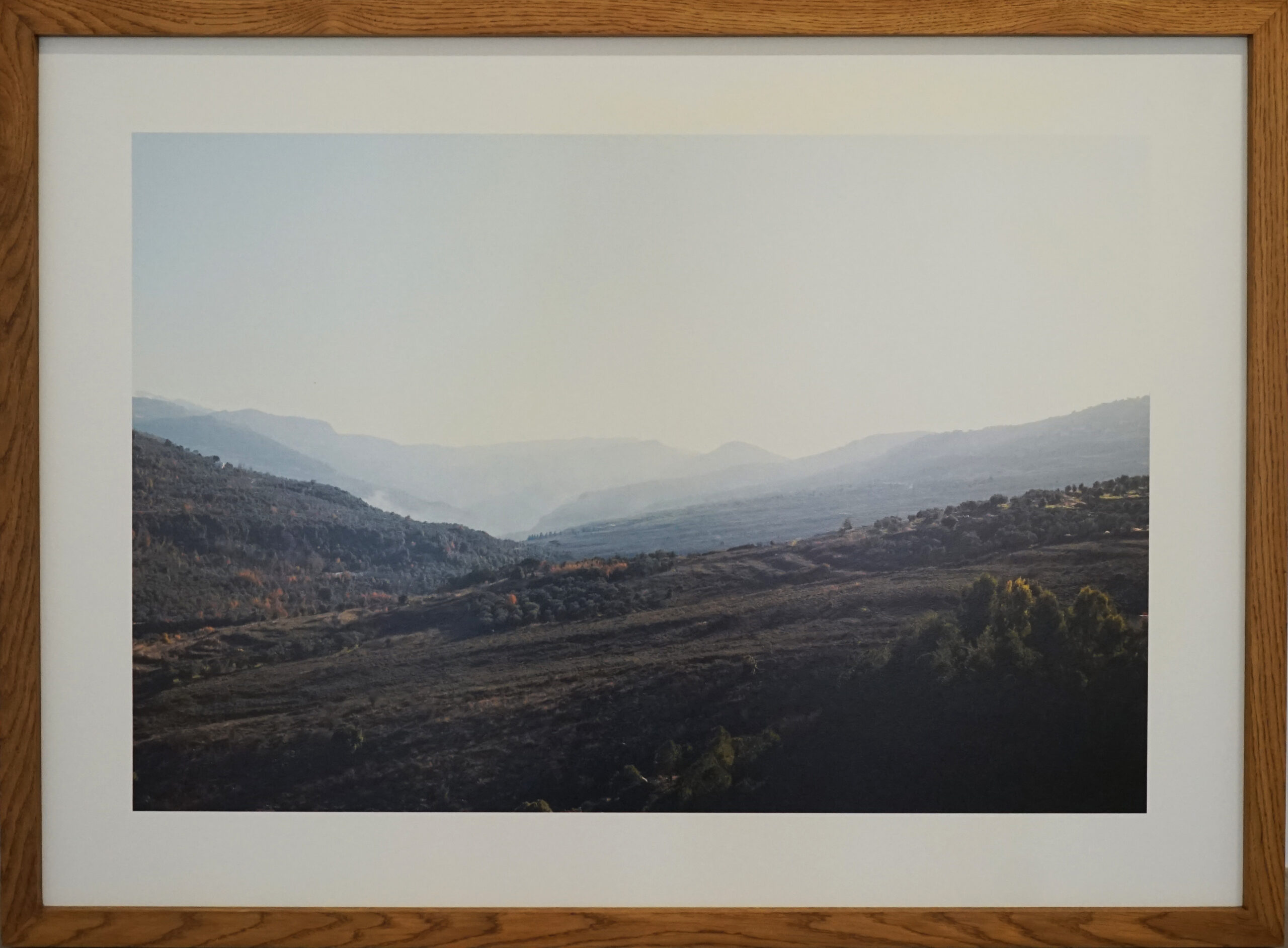 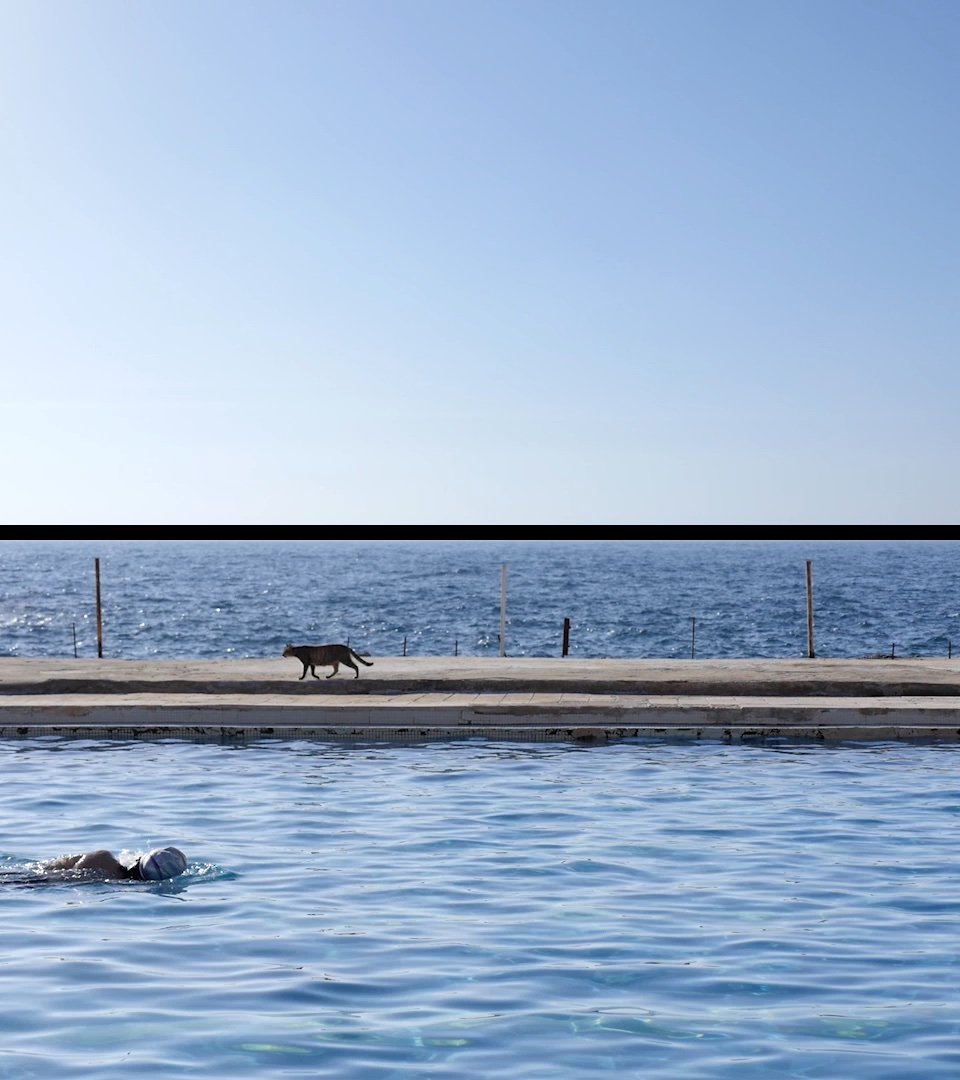 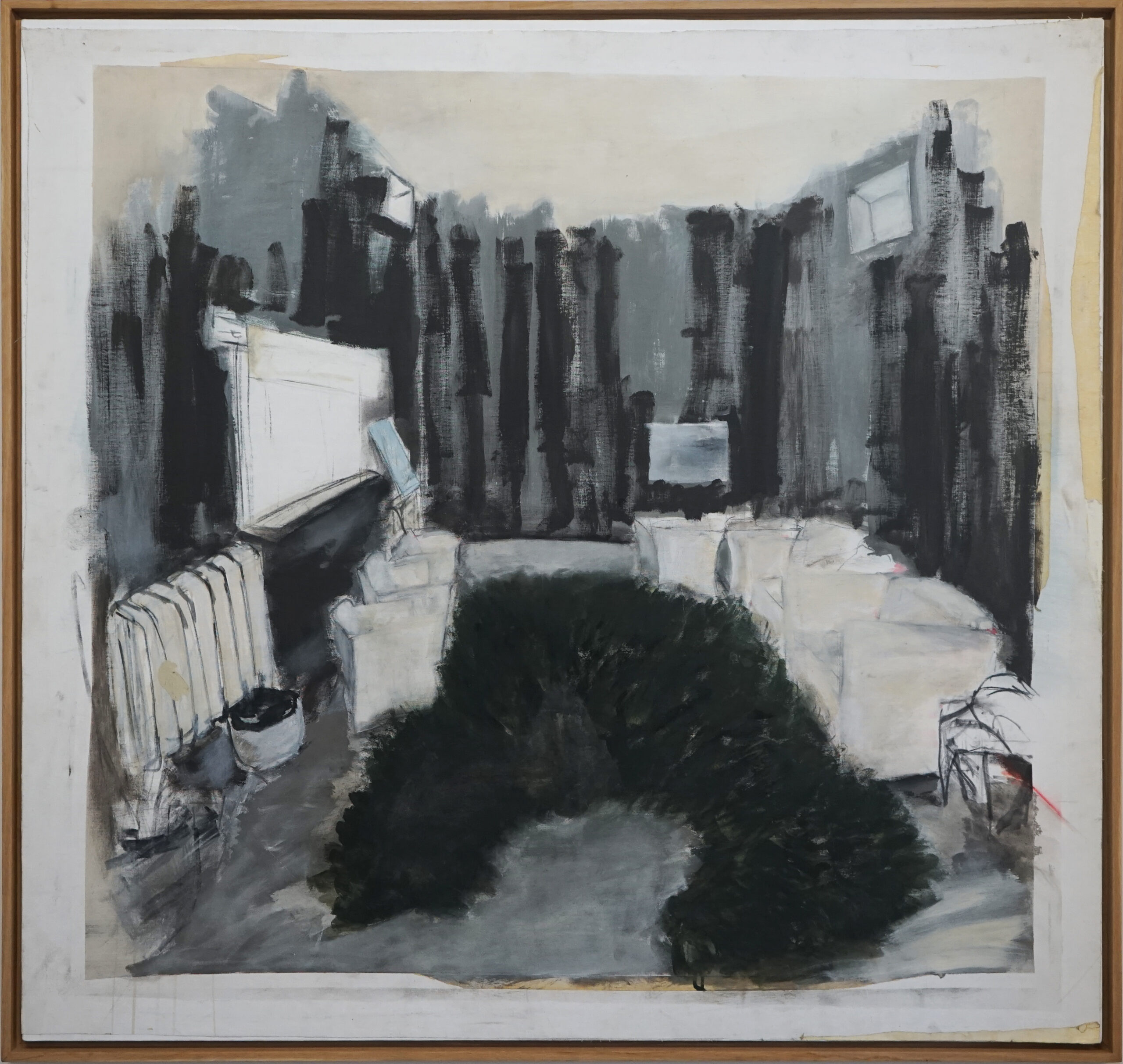 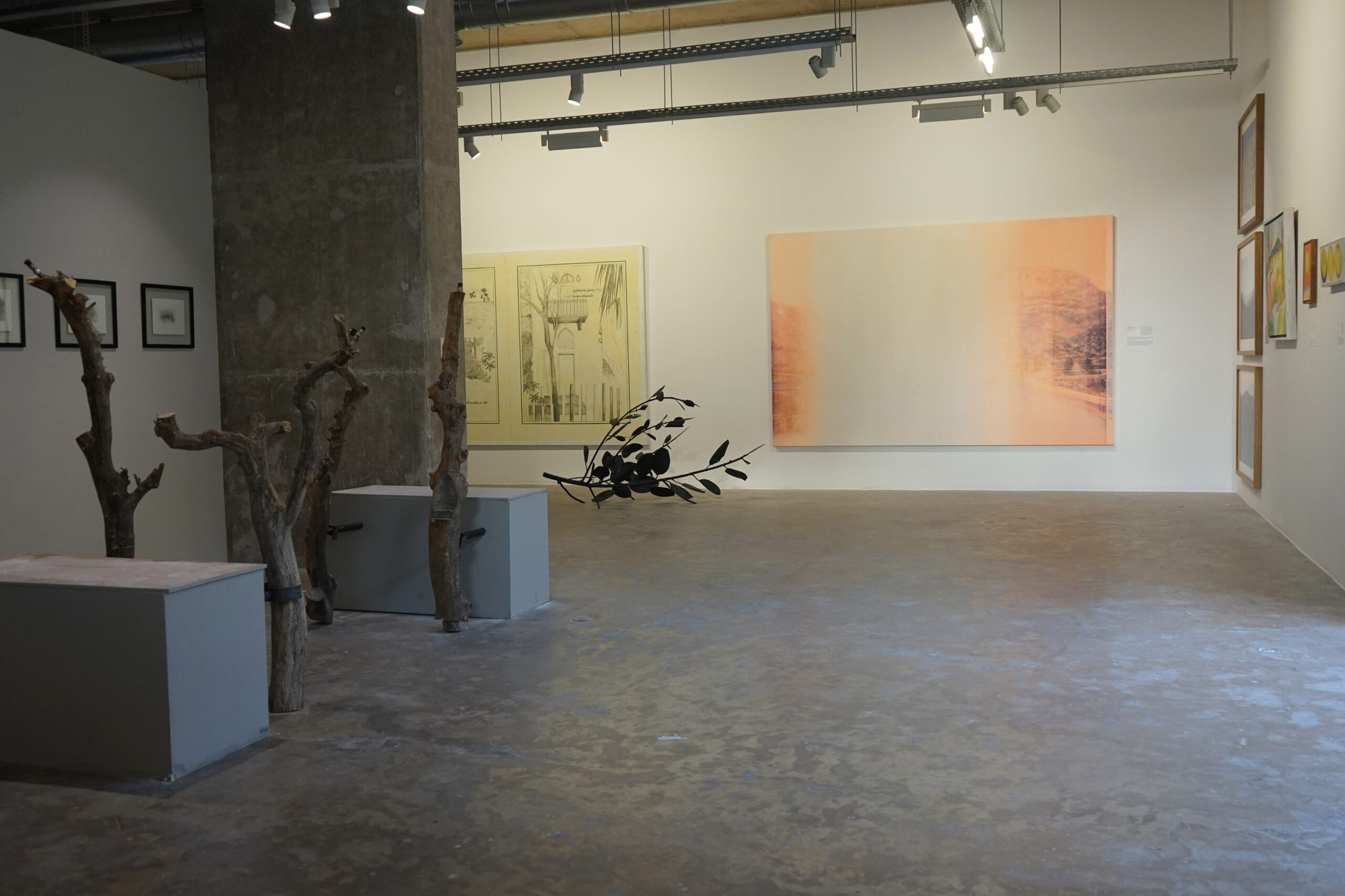 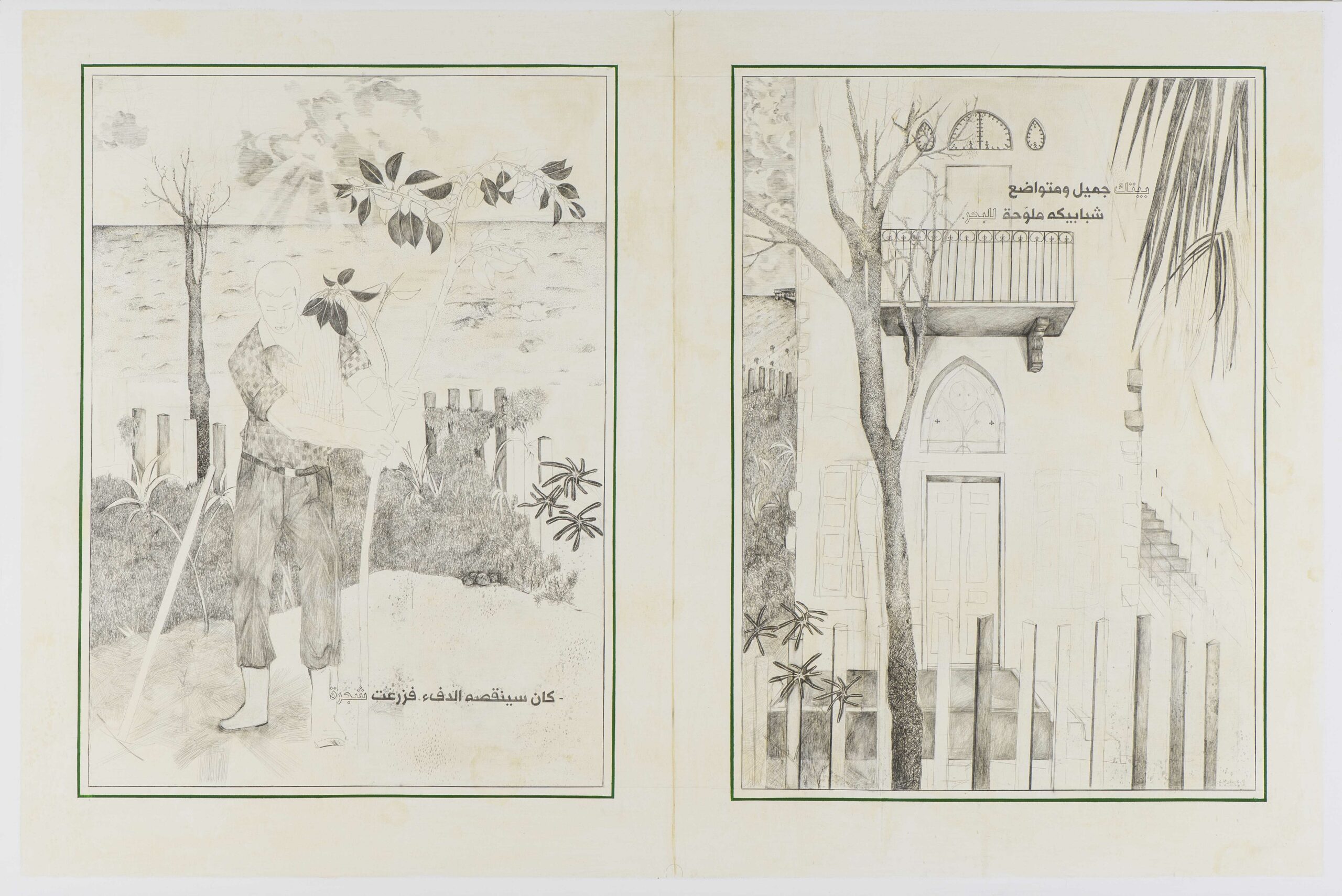 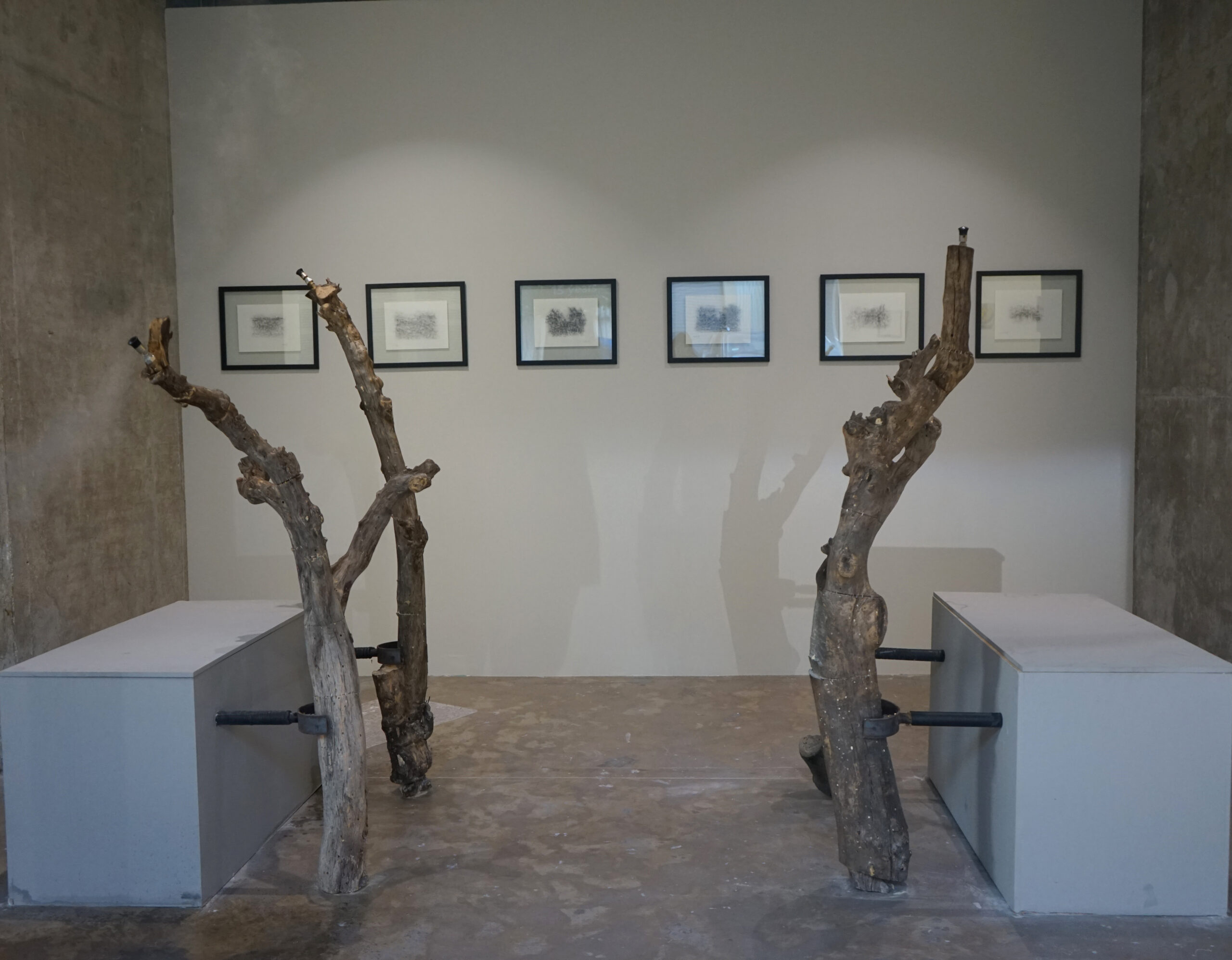