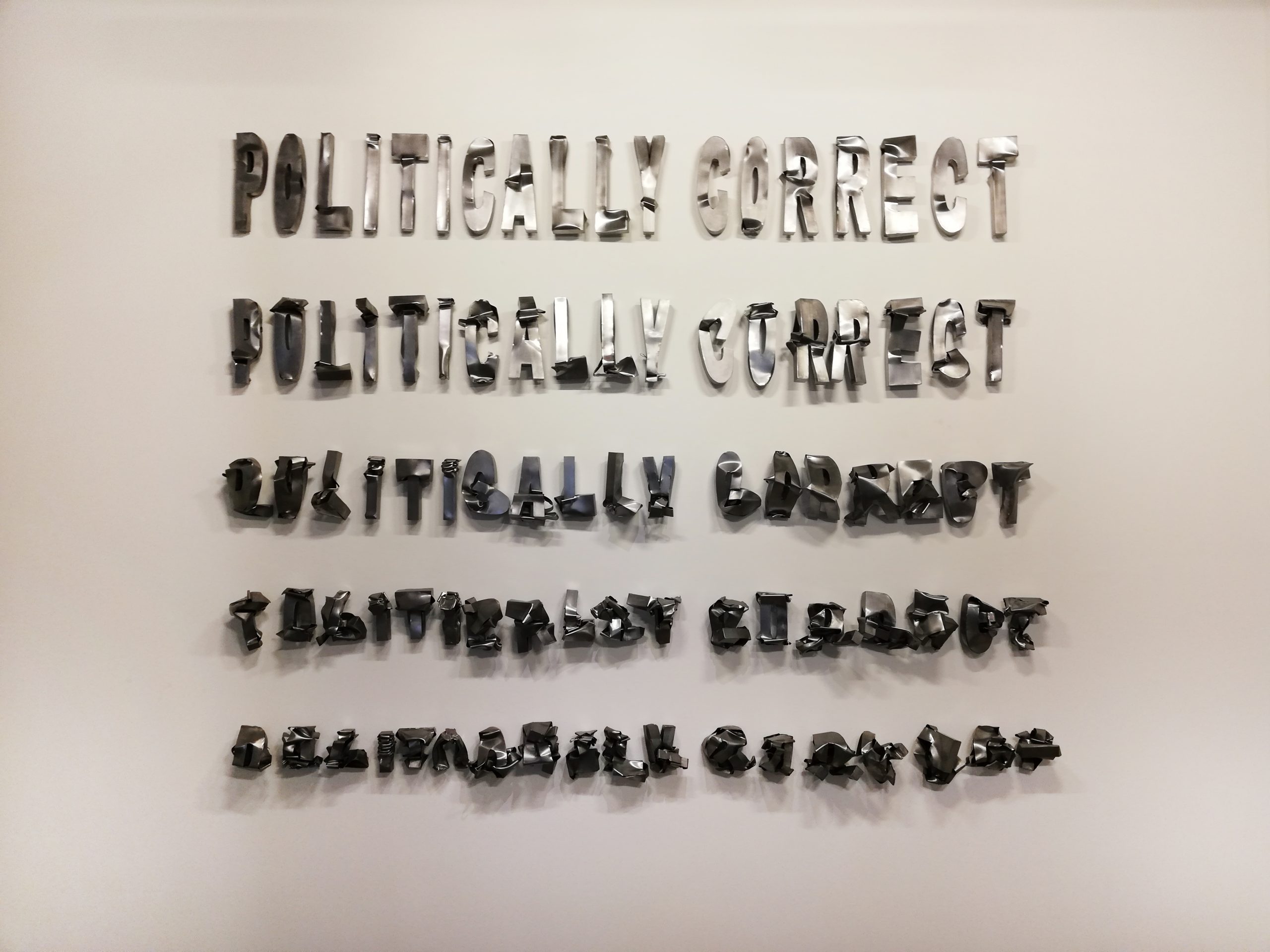 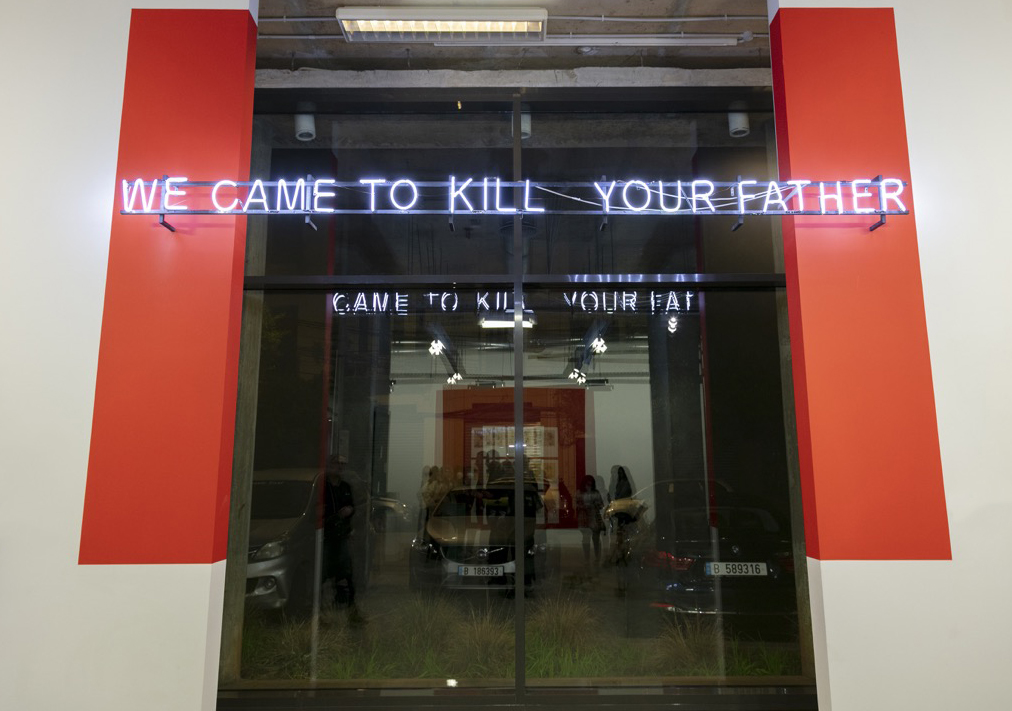 Politically Correct questions both political and correctness. It presents political correctness in fragile form, that suggests the term political correctness can bend and even twist; it can be spelled and understood wrong. It may not be such a superpower, as it seems at first sight. And yet, we take it as a tool to manage minds and good behaviour.

We Came to Kill Your Father

The neon text sculpture, was inspired by a real story of a young girl who during the Finnish civil war opened the door to a group of men who were knocking on her home’s front door. They simply told upon opening the door: “we came to kill your father.” – a long suppressed and painful memory that took decades for her to finally share.

As the history repeats itself, the doors are keep being knocked and the same sentence is being spoken.